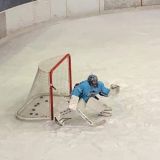 Hello traders, Currently NZDJPY is nicely setting up to the downside after a rejection of the upper limit of the equilibrium zone on the 15m time frame. On the 15m time frame price action has just successfully completed a BCR on the 50 and 200 EMA at once. We have 2 nice continuation candles to the downside on the 15m timeframe, but we need one more in order to get the MACD from the sniper criteria on side on this time frame. On the 1H timeframe the price has made an awesome BCR on the 50 EMA and the sniper criteria is on side there. Expecting the next momentum push to the 78.078 level which is the lower limit of the equilibrium zone. On the 4h the candle has closed below the 8 ema and the Sniper criteria is on side. On daily time frame the 8 ema is far from the candle but there isn't a contracting candle formed yet. The NZD currency index is without POLR but the JPY is going to the upside. I would personally risk between 0,75% and 1% on this one. I am in the trade idea already. The Risk Reward Ratio is around 1,3. Conduct your own analysis and trade safe! 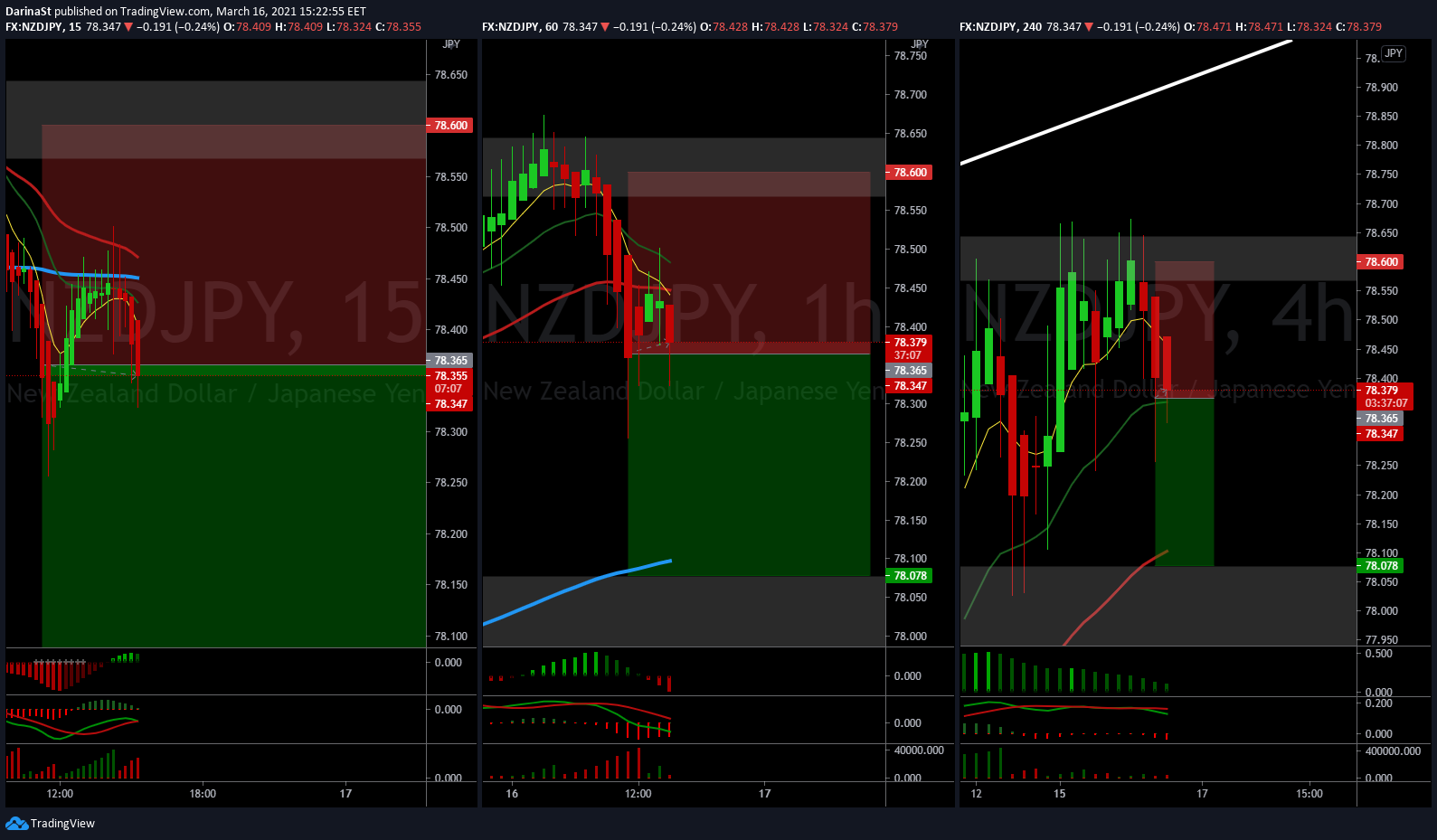 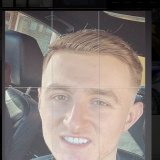 This is a trade idea I have just taken based on the anchor time frame retest!... First lets add up all of the confluences and weigh them against the reasons to not take the trade on the daily time frame we have a daily bullish trend we are currently trading in the last previous wave striked the upper limit we are now trading below the median zone and the lower limit has not being hit yet so immediately my bias is going to be short until that lower limit is hit!... second on the daily time frame we have just retest the 50 EMA and on the 4HR we have retested a big structural level of supply and demand! so again the retest is complete on both anchor time frames we have ALOT of resistance above price and all respected levels have been retested! now before the 4HR corrective wave we formed a nice low before bottoming out that is my target! moving down to the 5,15,1hr time frames we can see the 1hr starting to topple off 15 min and 5 min have closed below there 8 period moving averages stops above previous highs incorporating key resistance zones and tp at 4hr previous lows --- 15 min and 5 min sniper criteria all onside we have executed basically on top of the 5 min 50 period moving average! risk allocation for this foundation position is 0.25% based on around a 2:1 R:R now we are trading above the 1hr 50 and the 15 min 200 and 50 if we get to these areas on start reversing ive probably took about 10 pips from the trade idea because I will be done with it! .. however my bias is short so once / if the BCR happens of the 15 minute major moving averages I will then execute a second trade idea based on a 1:8 ish R:R and scale in the mask allocated risk now that we have the confirmed POLR! and I will bring stops to match the second positions trade idea! so worst case scenario we make money best case scenario we make more money! this is my approach to these charts from now on! I feel like I am being to hard on myself where as if 6 confluences add up I simply won't take the trade due to 1 not! any criticism is entirely welcome and if I have worded this whole thing wrong and its the wrong approach to take please tell me I love been corrected by people with more experience then me at the end of the day we are all here to learn! thank you for reading and happy trading! 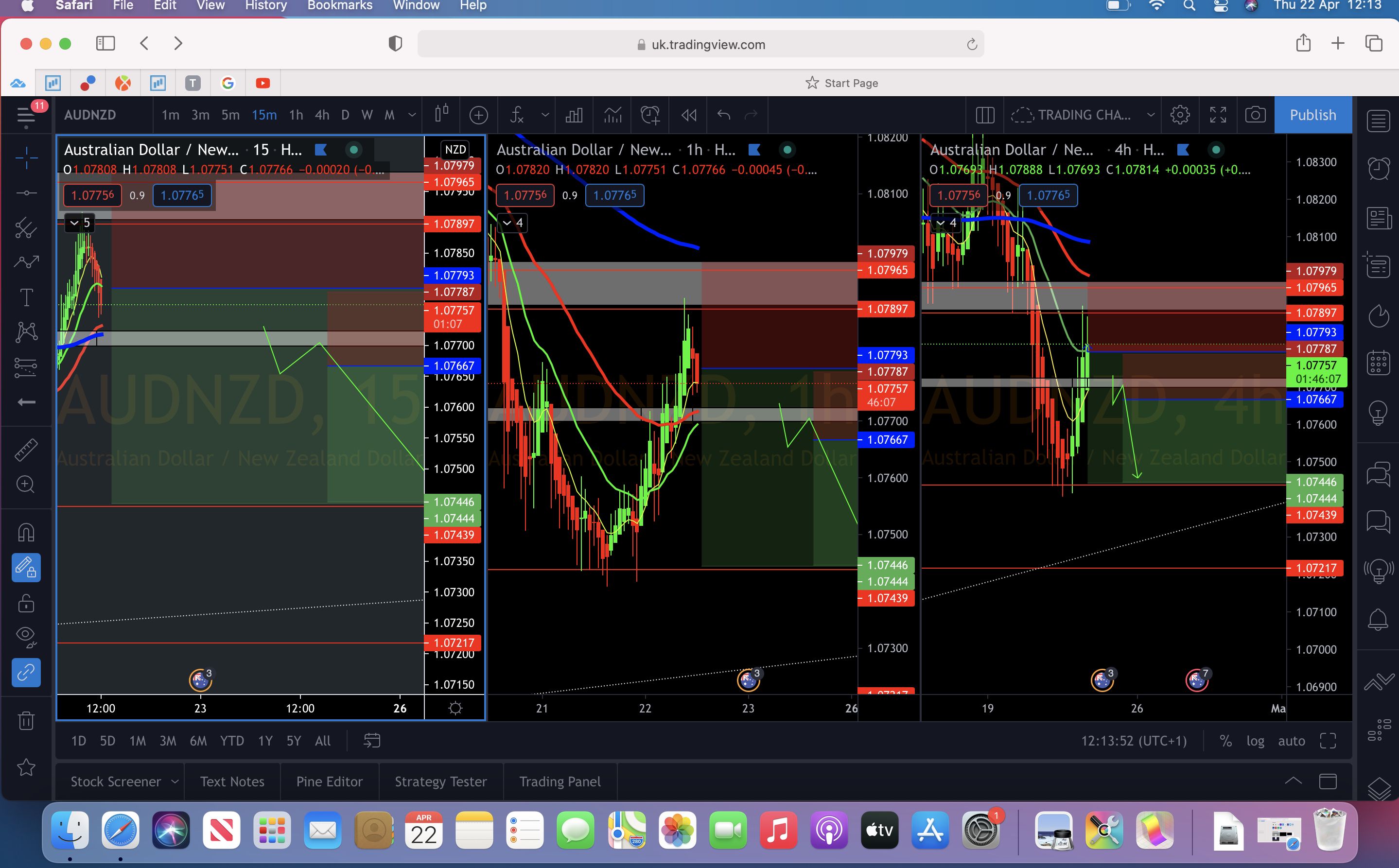 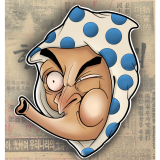 GBPUSD Firstly, lets take a look at the higher time frames to determine our bias. ----------- Daily - https://www.tradingview.com/x/lpFX09hR/ - A bullrun that has been respecting an upward channel for some time, price has rejected the lower limit and surpassed the 50ema, our two major road blocks. ----------- 4 Hour - 20th April we created a death cross, and creating our POLR north. ----------- 1 Hour - Price has been wandering around the 50ema for some time, as we all thought GU would close it's daily gap, to me, this looks like a time correction. What are we looking at? We are simply trading the Path Of Least Resistance here, taking the trade where it wants to go already. We have had multiple confluential factors to confirm a bias north. Criteria: - Wait for the 15m TF to BCR the supply and demand zone. Depending on volume, we may need 3 full 15m candles, if volume is too high, i may drop to 5 minutes for continuation confirmation. Stops and Targets: - TP is up at a previous high, just below for higher probability. I have also drawn a path how I think this will play out, as we have rejected the lower limit, i think price will eventually reach the uppper limit of the channel, we can scale in after a BCR of this daily resistance level if we want to take the trade further - SL is underneath the supply and demand zone and multiple low points, as well as the 1h 50ema and the 15m 50 and 200ema. RR: 2.12 Risk: 1% 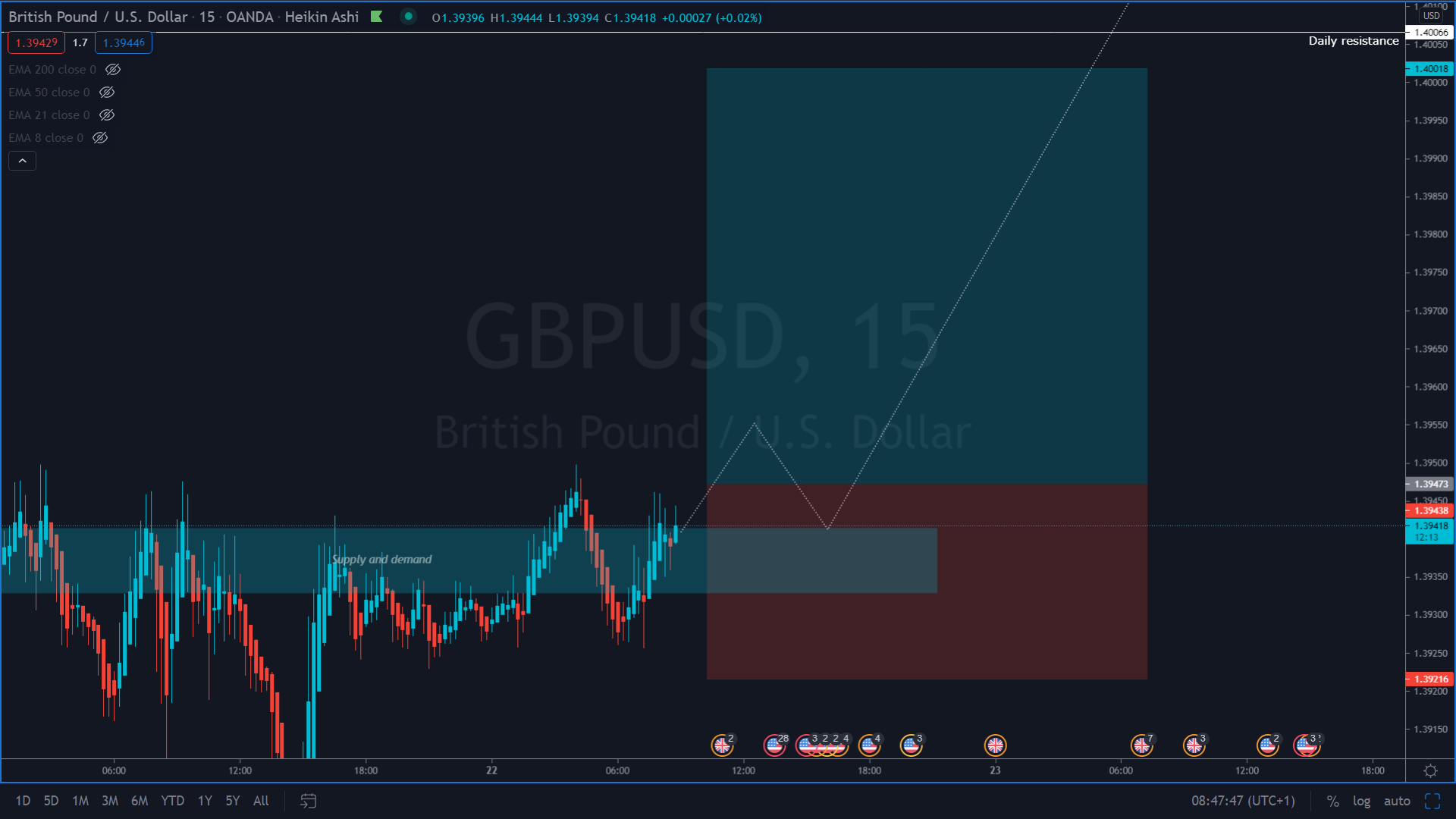 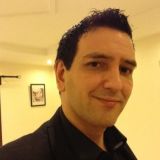 Should be good for a good return